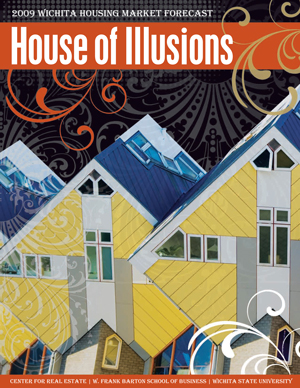 The housing market fell into a bottomless pit, or so it would seem from the past new reports.  But not everything is as it first appears.  Some “facts” that we knew were not really true, while others did not mean what we think.  Our goal with the 2009 forecast was to help you separate reality from illusion so that you could reach your goals in Wichita’s housing market.

The 2009 Housing Markets Forecast is made possible by the generous support of: